Our group is formed of many inspiring and dedicated volunteers that believe in the betterment of the lives of adults and children affected by CHDs. Read more about our volunteers and why they are involved by selecting their photos.

As an employee of the Heart Institute at CCHMC, I work closely with CHAoC and have witnessed their exceptional dedication, firsthand. The positive impact that CHAoC funding & programming has on patients with CHD is remarkable. I am proud of CHAoC for supporting innovative cardiovascular research and  improving the lives of those impacted by CHD.

Two of our four children were born with heart defects. My daughter earned her angel wings when she was just shy of five months old and my son is a young adult, who has benefitted from years of experience, research, and the evolving improvements of technology.

I want to give my time to a group that has provided me and my family with much support and assistance over the past several years. My youngest daughter has some special needs and as such we see many specialists at CCHMC and attend the Perlman Center. This is a way for me to give back to an organization that has given so much to us.

Having been connected to the CHAoC for many years as their lead audit team member, I saw the impact this organization had on children born with heart defects, their families, and the medical teams who care for them. In 2003, my son Luke was born with congenital diaphragmatic hernia (CDH) and I know first-hand how difficult this can be for the whole family.

My son Gabe was born in 1995 with Tetrology of Fallot. He has been blessed by all the great science and doctors at CCHMC, has had a wonderful relationship with his Cardiologist, and two successful surgeries that have allowed him to live a normal life. I would like to now give back to all who have helped us, and to help families, and all those facing CHDs.

Supporting the mission of the Congenital Heart Alliance of Cincinnati means progress toward affording every child born with a heart defect the opportunity to survive and thrive.

I believe that the most important thing we do as adults is to make even the smallest corner of our world a better place – beginning by giving every child the opportunity to thrive and to grow into a healthy, socially aware adult, who can continue the cycle.

As a CHD patient I have met so many amazing heart families who deserve a voice. I want other patients and families to know they are not alone on their CHD journey. Participating in CHAoC will enable me to pay it forward, say thank you to CCHMC for their ongoing care, and to support all special hearts, big and small.

My interest in the CHAoC started when I began meeting committee members at NPC-QIC and hearing all of the amazing things they are doing in the community. As an cardiac dietitian, an advocate for heart patients, and a heart mom myself, I had to be a part of something greater, that will continue to touch lives all around for years to come.

I felt the Congenital Heart Alliance of Cincinnati was a great organization to be a part of and a great way for me to give back to the community.

My daughter was born with multiple heart defects, and after receiving great care at CCHMC I wanted a way to give back. I believe the efforts of this organization have benefitted many lives, including my own, and have enabled physicians and caregivers in the field to "change the outcome" for many.

My son Zak was born with a CHD. Without for the efforts of the Congenital Heart Alliance of Cincinnati, my son, along with thousands of other children, would not be enjoying their lives today! CHAoC is committed to overcoming congenital heart defects, and I am here to make sure it happens.

Having worked in the CCHMC Heart Institute, I saw the impact of heart defects on not only the child, but the whole family. I’m honored to be part of an organization that helps children, adults, and families living with CHDs thrive.

There were several families from my firm that had been impacted by various forms of congenital heart defects, including the Timmel family. As I learned more about CHDs, I felt compelled and impassioned to support both CHAoC as well as Spencer’s charity, SCRATCH Golf.

Two of my close family members died from congenital disease years ago that would probably have survived with modern therapies. As part of the Congenital Heart Alliance of Cincinnati, I can help contribute to the identification and creation of new treatments for CHDs through the support of research and clinical trials.

I wouldn't be who I am without CHAoC and CCHMC. My wife's and my first child has a congenital heart defect and if it were not for the support of CHAoC our story might be different. CHAoC improves the lives of those families affected and has given me a chance to give back.

CHAoC provides a wonderful opportunity to give back to those impacted by children's heart defects in the Cincinnati community and beyond.

CHAoC was introduced to me by my neighbor, a long-time board member. I know how important the work of CHAoC is and I was delighted to be asked to join. It is great to be associated with wonderful people dedicated to improving the lives of children and adults with heart defects.

It is a real pleasure to serve on the CHAoC board. It is the most fulfilling and rewarding privilege to see the progress that has been made with children’s heart procedures and the favorable impact it has over a lifetime.

Our youngest son, Elijah, was diagnosed with LQTS over the summer of 2018. His diagnosis ultimately saved his life and other family members’. Through the genetic testing process, it was determined that my oldest son and I also carry the gene defect. My desire is to create awareness, support families, and eradicate undiagnosed LQTS in children athletes.

Working together with children, we change hearts and lives throughout the country and in our own backyards.

My family was directly impacted by CHD in 2012. As a result, we became connected to the Heart community and found a passion for helping Heart kids. I am particularly interested in advancing quality of life programs for children and their families. If we can help them take a break from their medical issues, expand their support network, and create a few smiles, I am all in. 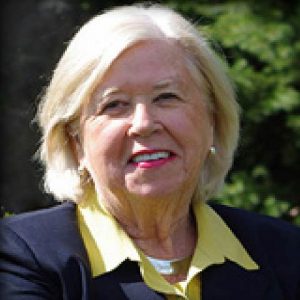 In 1966, Janet's son was born with a complicated heart problem. He died in 1970, because ways to correct his problem weren't developed until much later. Janet was involved with the CHAoC from the time of her son's passing until her own death on November 17, 2020. We are deeply grateful for her unwavering commitment toward funding research and development programs focused on helping to overcome CHDs, and keep Janet's legacy close in our hearts.