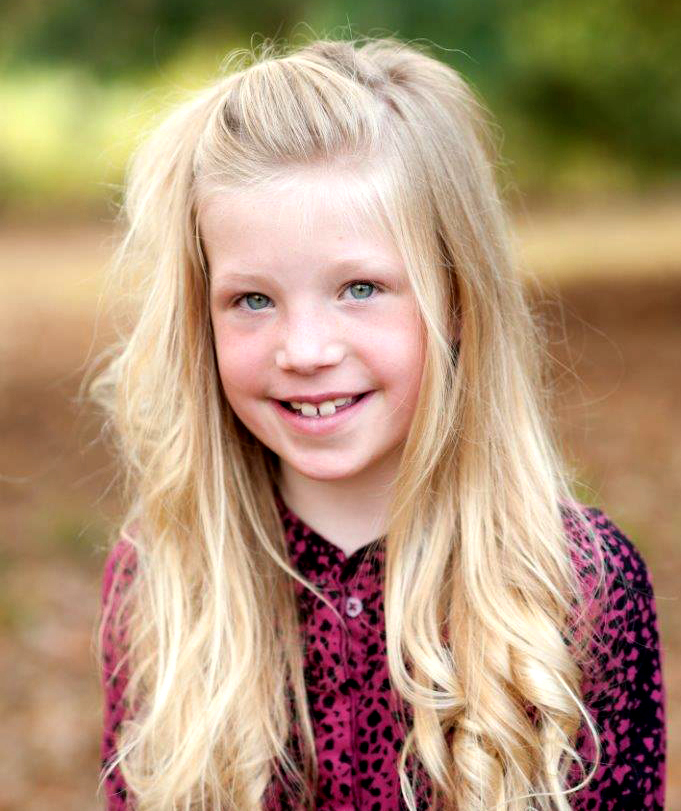 Meet Callie! She is a smart, confident, energetic, eight-year-old girl who loves laughing with friends, dancing, performing in theatre productions, and playing soccer. To see her today, you would never believe her challenging start. Callie was born without a wall between her left and right ventricle (the two pumping chambers of the heart). She spent many weeks of her first three months of life in the hospital and at doctor appointments, before having her first surgery at three months of age (Glenn Surgery). After that surgery Callie thrived, even though it was known that a second surgery would be necessary around age four (Fontan Surgery) to complete the fix of her congenital heart birth defect. Callie was a champ through her second surgery, thanks to her determination and the amazing and caring staff of Cincinnati Children’s Heart Institute. She likes to tell those who ask her about her open-heart surgery scar that it is part of “her story.” Thanks to the team at CCHMC Callie is living a “happily ever after.”